Skip to content
Driven by madness – inspired by tone

When asked why he decided to set up Deacci, company owner (and chief winder) Declan Larkin’s first response was “Madness … definitely madness!” What’s evident however is that he’s driven by the ongoing mission to have guitar players be inspired by the tone of their guitar.

We catch up with Declan as he discusses listening to Gary Moore, an unconventional 50 year Hofner pickup and working with the nicest Canadian known to man …

Probably madness .. I’d been winding pickups for a number of years before I took the leap into starting a proper company as such. Like many businesses it started as a hobby, I was always wary of making it a “proper” business as there are so many variables that made it seem like a big challenge.

Deacci really came about in order to explore the variables of pickup winding as I’d found that out of every dozen pickups I’d wind – half of them sounded great, the rest were really good .. but one or two out of a batch sounded incredible. I started to break each of the elements down and investigate how they impacted tone. What I found was that one of the biggest parts was how the actual winding was controlled and what pattern was used in hand-winding. That “randomness” from the human hand was very difficult to repeat and also keep control of, so I knew I needed to find a way to systematically replicate this.

The whole journey for Deacci has been about being inspired by tone. The first player that ever made me really sit up and listen to guitar was Gary Moore. I’d got a copy of his Run for Cover album and the mix of his playing and tone was incredible. I think I wore that tape out on a school trip! A lot of Gary’s tone on the later blues albums came from the Peter Green Les Paul so that led me to get into early Fleetwood Mac and then onto a musical journey that included everyone from AC/DC to Eddie Van Halen and many more over the years. I guess I’d have to mention some of the modern stuff also like our friend Ariel Posen, he’s never had bad tone but he has an incredible sound and feel. I’ve been inspired by how all of these players brought something new to playing guitar in terms of tone. 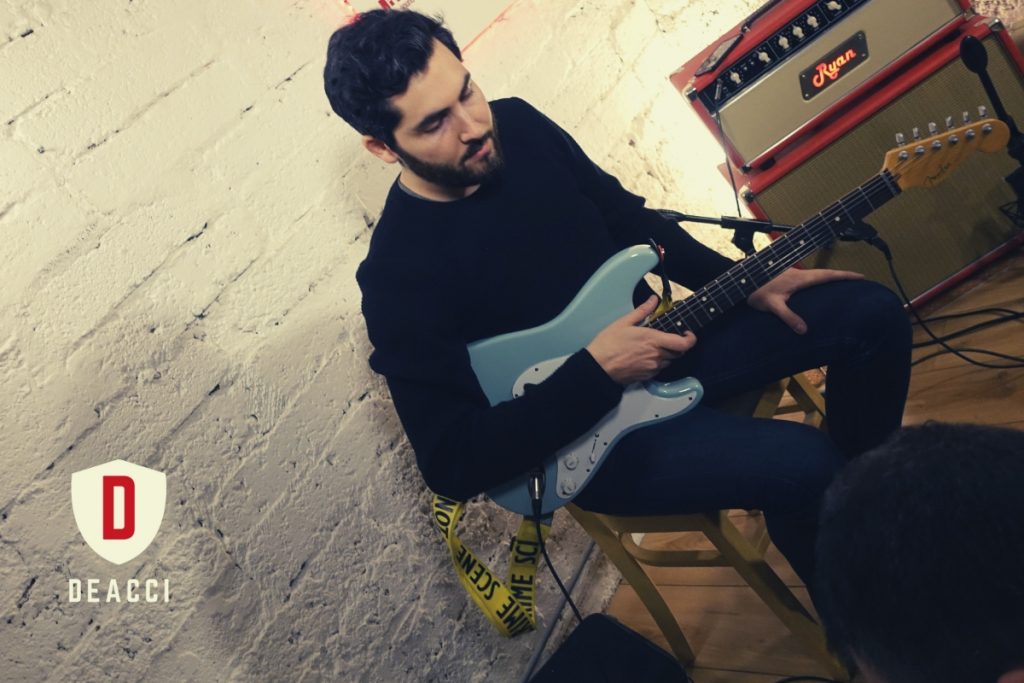 Ariel has been a big impact on my idea of tone and inspiring a new way of thinking about pickups. There have been very few new things around pickup development in many many years – unlike for example the moves in amps and digital technology. When you look at the industry as a whole you find that we reinvent things and so this is what we’ve done with this new set of pickups which we’ll introduce soon.

When I started winding pickups I ended up appreciating single coils a lot more – they’re so adaptable and you can really make them cover many styles and bases in terms of tone. With that in mind, the new pickup is a single coil in a humbucker form factor. 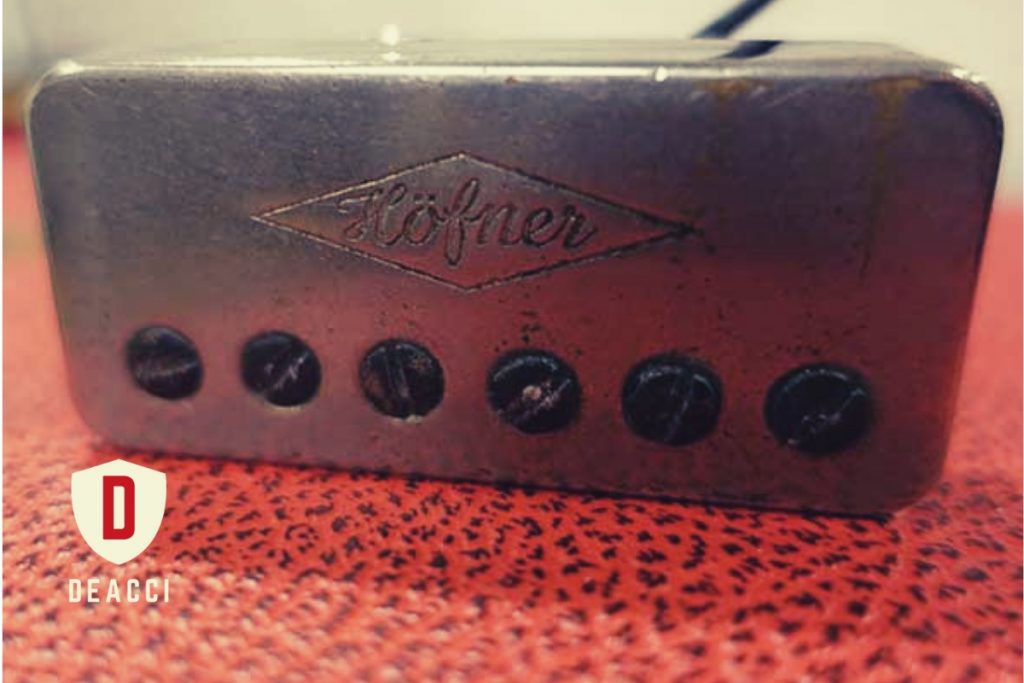 The one event of testing a 50+ year old pickup after an unusual rewind led to a two-year process that has seen us develop something which I really feel is something different. I’m really proud of this pickup – it’s something genuinely new. 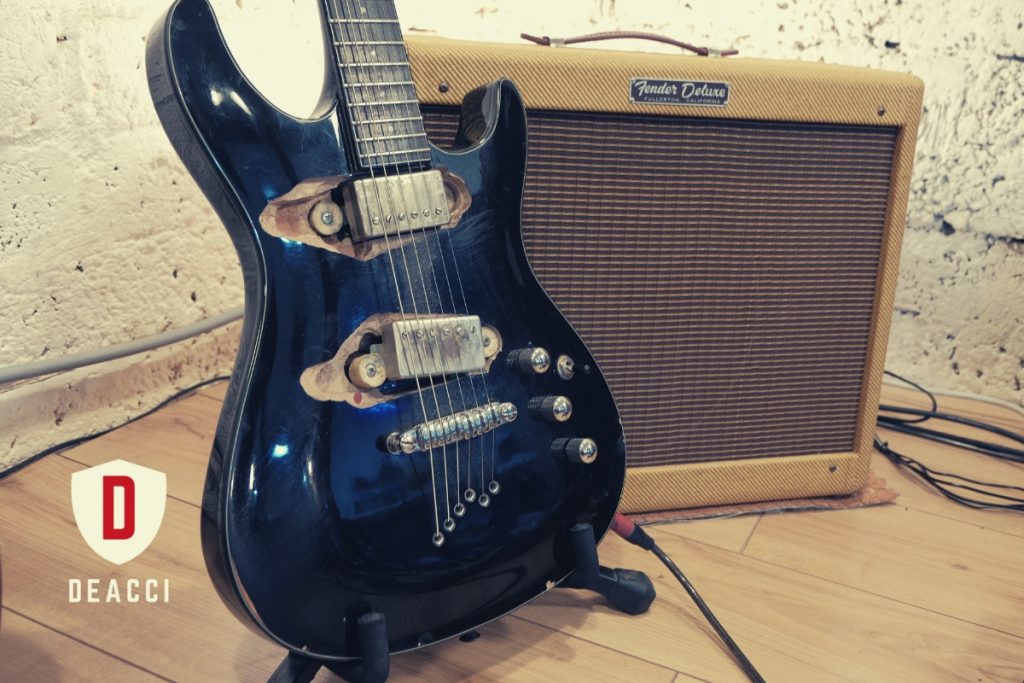 The test mule loaded with the new Deacci Hofmond Pickups

It’s a Strat 100% It’s been a yardstick that I’ve used for inspiration over the last few years. If I pick up another guitar and it makes me want to play as much as my own Fender Custom Shop then I know it’s a good one! 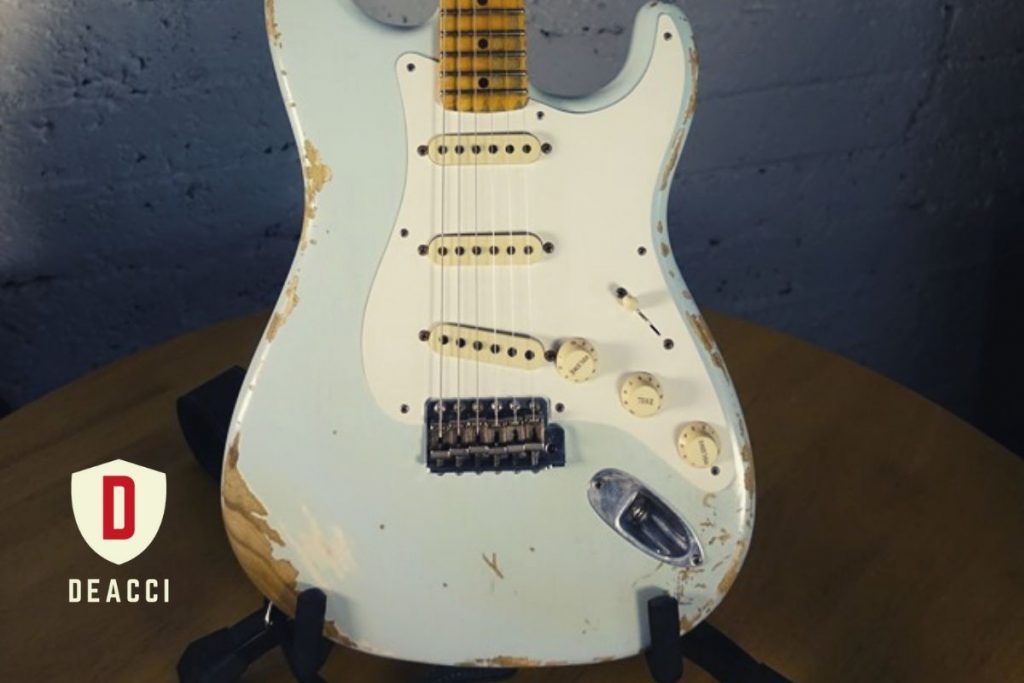 I bought the guitar from Andertons in the UK who were good enough to test all of the custom shop strats in their stock and take up my challenge of sending me “the best one” they had. All quite subjective – but I ended up with “Bluey”. 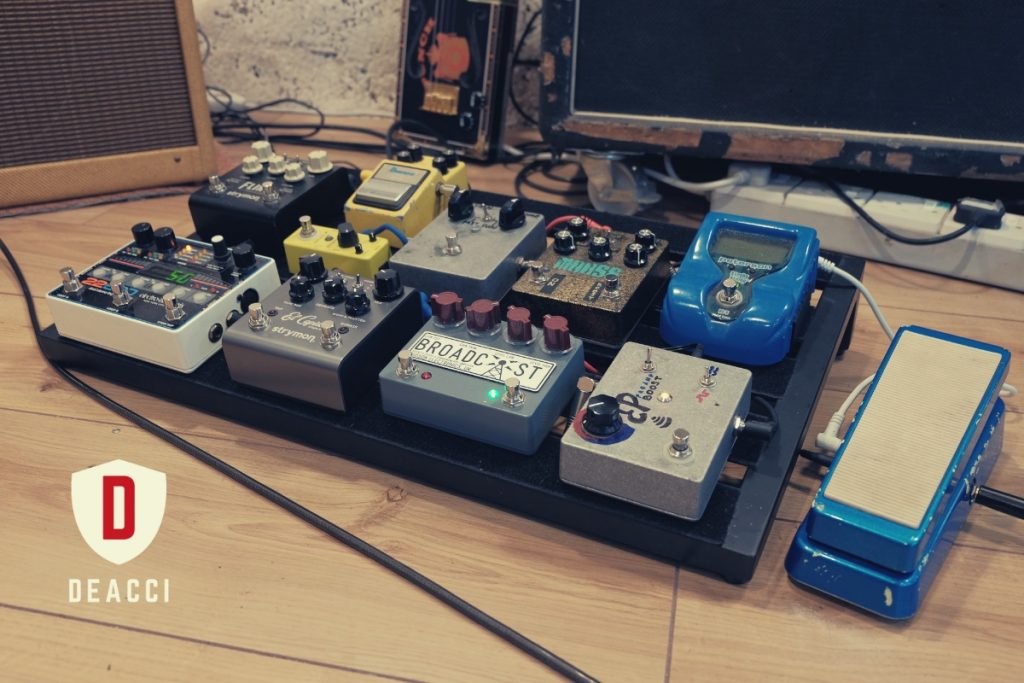 You have to have some options at your feet .. right?

I’m lucky that I get to play many guitars every week as customers often leave them with me here at the workshop. If I had more money I’d probably buy them all! I think with the new pickup I’ll need another guitar to stick a set in – maybe a nice 335 to add to the arsenal..or a tele ..or maybe I should just upgrade my MIJ Greco (You see the problem here!)

I’m excited to launch the new pickup soon and also feel that 2019 sees Deacci move past a mechanism of just developing a new product. This next year should see us expand our production as we look to work alongside some new guitar builders and further develop our custom pickup manufacture. We’re also working with some new artists which is exciting as I get an amazing sense of inspiration in working with great musicians.