Deacci wouldn’t be the company that it has become if it wasn’t for the “ears” of some of so many artists – many of who have been instrumental in the development of our pickups in recent years. Kieran Smith has been one such player and living local to us at Deacci HQ. he’s no stranger to the workshop! We catch up with the Newry based “gearaholic” to talk Ibanez RG’s and MIJ’s Les Pauls

What was your first guitar?

My Dad had an old archtop acoustic lying around – it was a Hofner – Senator or Gent I think it was called but that’s what I started on – wish I knew what became of it as it’s probably worth a bit of money these days! After I had shown a keen interest my parents bought me a Columbus Les Paul so that was my first electric guitar. 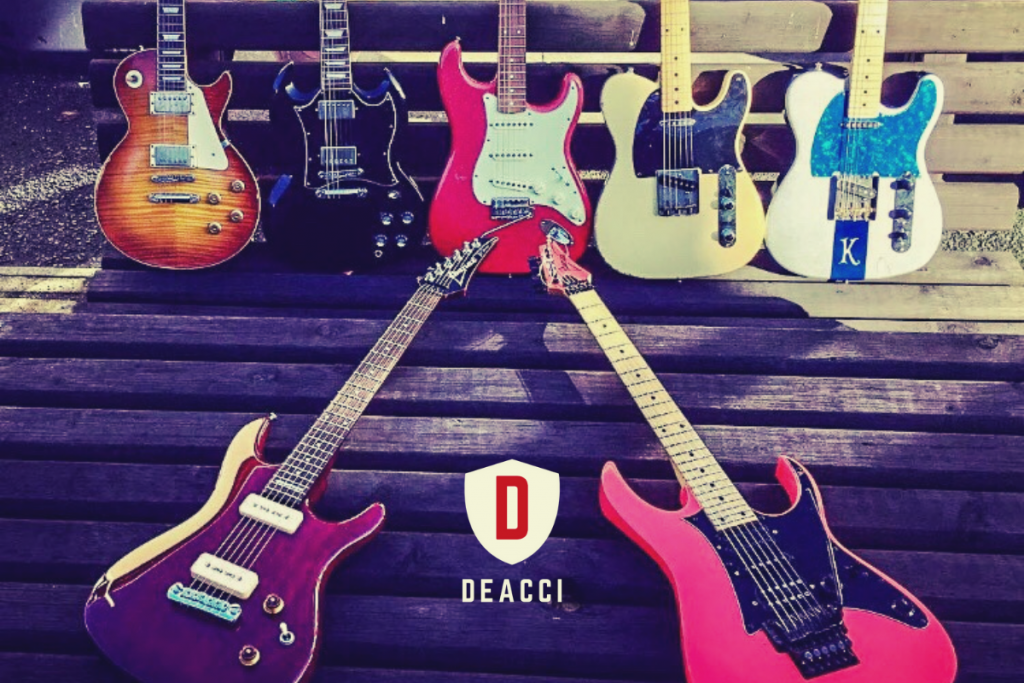 What does your current gear collection include?

Most of my electrics have Deacci pickups fitted – a mutual friend introduced me to Declan many moons back after I’d heard that he built his own valve amp. I’ve been using his pickups since he started building the humbuckers – couldn’t believe the clarity, fat sound & note separation compared to the stock pickups.

I have a few amps – my go-to for important gigs/festivals is a Ceriatone Overtone Special Bluesmaster 100 which is a super Dumble clone with a beautiful clean channel. Also, have a little 5 watt valve Champ & the ubiquitous Boss Katana 100 which is a great little amp for the $$.

I’m a bit of a pedal junkie as anyone that knows me will verify – the list constantly changes! I also recently went down the Helix route with a HX Stomp which is serving me well for all gigs – both with & without an amp. I always thought I’d never be happy unless I was playing a valve amp but technology has moved on so that thought is no longer the case – before the HX Stomp I was using a Tech21 Flyrig straight to desk & loved it too but the HX has so many more options.

What artists inspired you growing up? Who’s tone do you admire at the moment?

My main inspirations growing up were Jimi Hendrix, Angus & Malcolm Young & the triple guitars of Lynyrd Skynyrd. I learned a lot by copping those guys licks – Gary Moore & Billy Gibbons too.

When I heard Hendrix playing Voodoo Chile – that was me instantly hooked to playing guitar.  Then Stevie Ray Vaughan towards the end of the 80’s – mind blown. Then I went back & listened to who had inspired those guys. 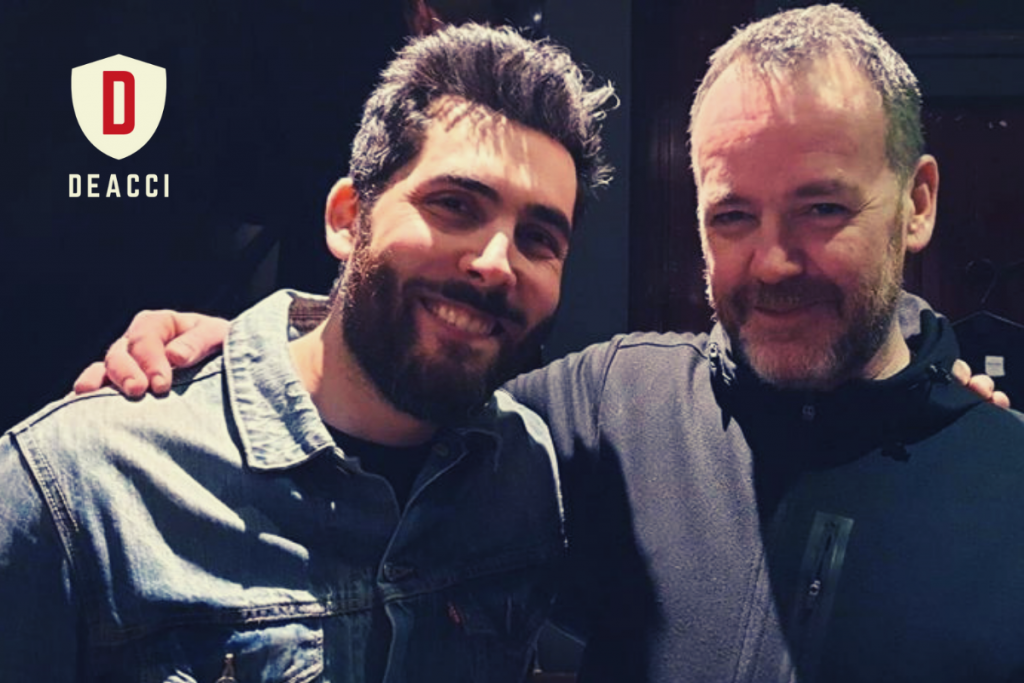 What’s the “Holy Grail” of guitars for you – if money was no object what would be in your arsenal?

A birth year (‘68) or even older Fender Strat or Tele or Gibson LP/SG.